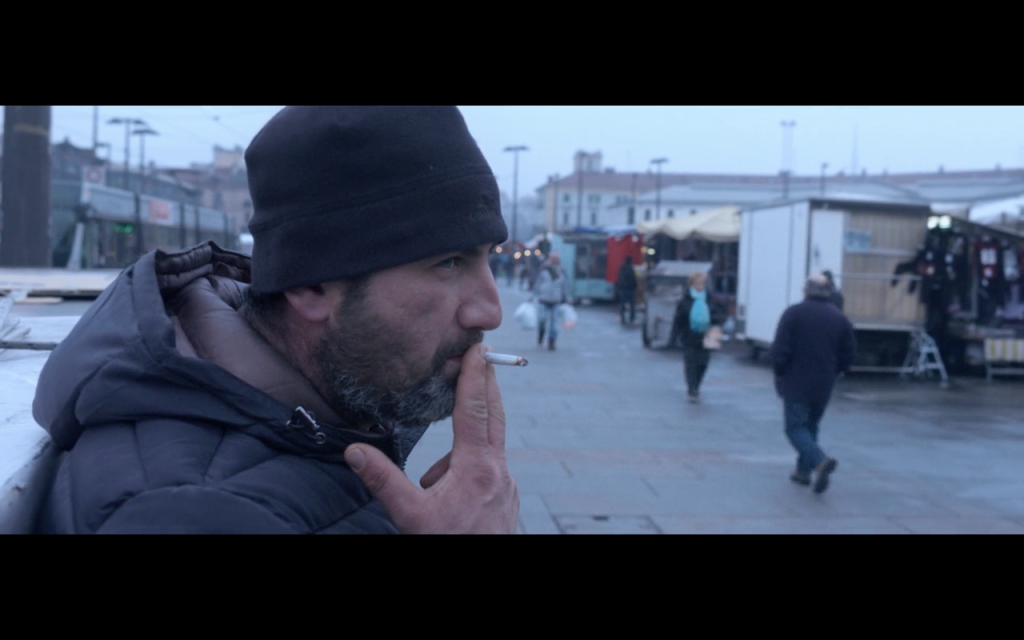 Turin, Porta Palazzo. Peppino, native Neapolitan, works as a carter: he pulls iron carts in the largest open-air market in Europe. He is part of a group of workers who live in the street, at the service of the market. Father-of-three, he’s used to scrape out a living and to contrive a way to make a fast buck. In the days before New Year’s Eve, he will cook up a plan to pay off a debt.

Pierluca Ditano – UNDER 35
Pierluca Ditano (1991) studied at the University of Turin and at the ZeLIG School for Documentary, Television and New Media in Bolzano. In 2011 he directed the short documentary Alle case bianche. Per chi vuole sparare is his graduation film.