In 1973 the Italian director Ettore Scola shot Trevico-Torino, a film about a young man from Southern Italy, looking for a job at Fiat. After ten years he went back to Turin to shoot Vorrei che volo, a propaganda documentary commissioned by the Italian Communist Party, in which the young protagonist embodied the hope in a better future. That child, forty years later, had spent most of his life in prison. Massimino starts from reworking the found footage in order to draw a merciless comparison between the past and the present.

Pierfrancesco Li Donni (1984) graduated in Contemporary History and studied Editing at the Cineteca di Bologna. He directed several documentaries, among which Il secondo tempo and Sempre vivi. Loro di Napoli – Afro-Napoli United (2015) was presented with numerous awards, among others at Festival dei Popoli, Fipa Biarritz, Docs MX Mexico City. Massimino was awarded the Premio Zavattini on the first edition of the prize. 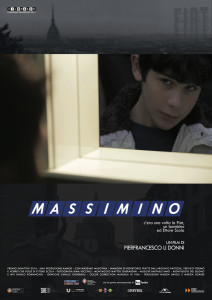