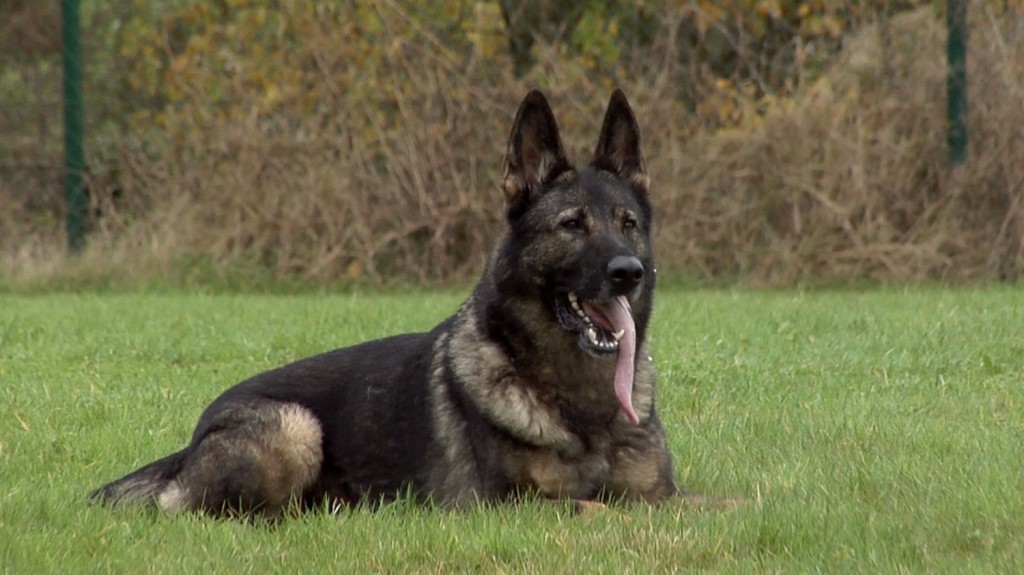 Several dogs are being trained as patrol dogs. Their owners teach them the choreographies of police work: biting and letting go, chasing and stopping. as they longingly look up at them, the dogs seem to be intimately connected with their owners. They are meek and tamed; their life is directed by humans. At the same time they always stand for the elusive other. A gap divides humans and animals, and these dogs watch us from the other side.

Director’s bio-filmography
Nina de Vroome (The Netherlands, 1989) graduated in 2013 from the Royal Academy of Fine Arts in Ghent as a film-maker. Her film Een idee van de zee (A Sea Change, 2016) premiered at Visions du Réel in Nyon. She is a contributor to Sabzian, a collection of online reflections on cinema. She also makes collages and video installations.