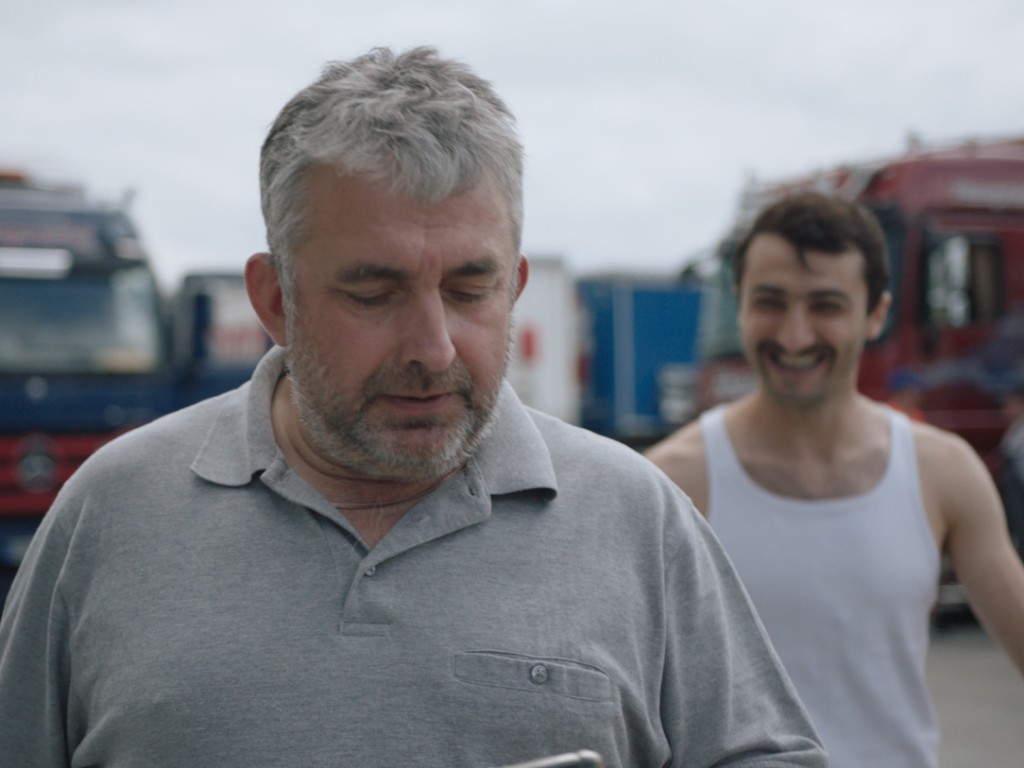 Romanian truck driver Stancu has given his nephew Dragan a second driving licence. In their German transport company it’s a common practice with a view to stretch the legal restrictions on the driving time. But when Dragan nearly causes an accident due to drowsy driving, Stancu begins to question the sensibility of what they are putting at stake in order to keep up in the long-haul transport industry.

Director’s bio-filmography
Hannah Weissenborn (1993) shot her first documentary in the USA, Mexico, Romania, and United Kingdom. After studying politics, social sciences and law, she decided to become a film-maker. Since 2015 she has been studying feature film directing at Filmakademie Baden-Württemberg. Her first fiction short film Hide! was presented with an award at the Girls Go Movie Festival in Mannheim.