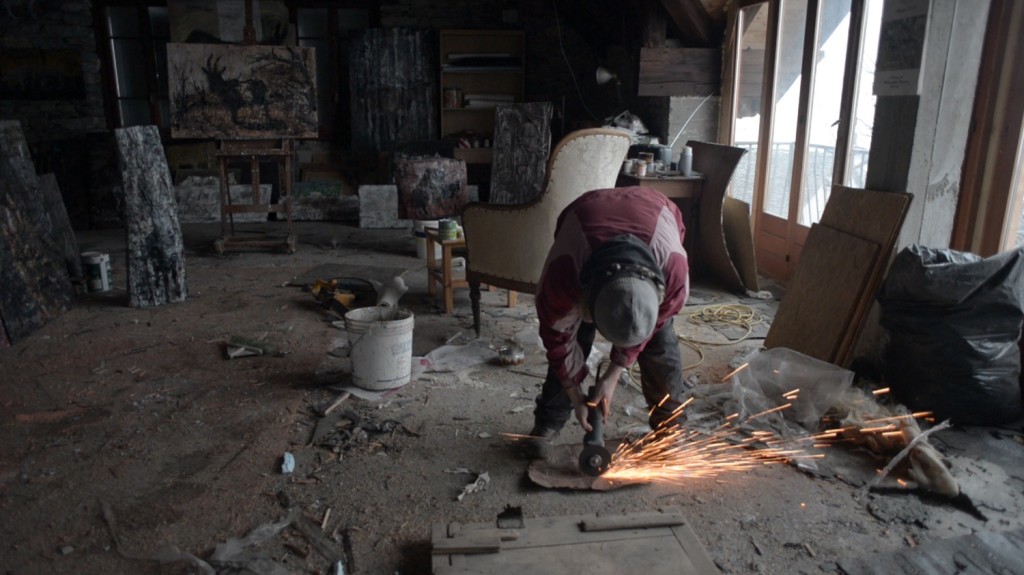 A small transhumant herd comes down from the mountains to reach a cattle fair/market. What was once the main economic resource for those who lived in the mountains, today is entertainment for families and tourists. Gabriele Cantadore is still deeply attached to that culture, even though he works as a construction worker. He expresses it through painting, which he approaches with the tools of his daily work and the materials he has recovered in  old abandoned mountain huts.

Director’s bio-filmography
Matteo Ninni (1972) is an independent film-maker, he graduated in documentary cinema at Luchino Visconti Film School in Milan. He is co-director, with Caterina Sarubbi and Paolo Tardugno, of Makers (2014), a documentary film on the third industrial revolution, and of Sotterranea (2016), a journey through the meanders of the Milan underground, written and filmed with Chiara Campara and Carlo Tartivita and presented at the film festival WTFF @ Ferrovieri.