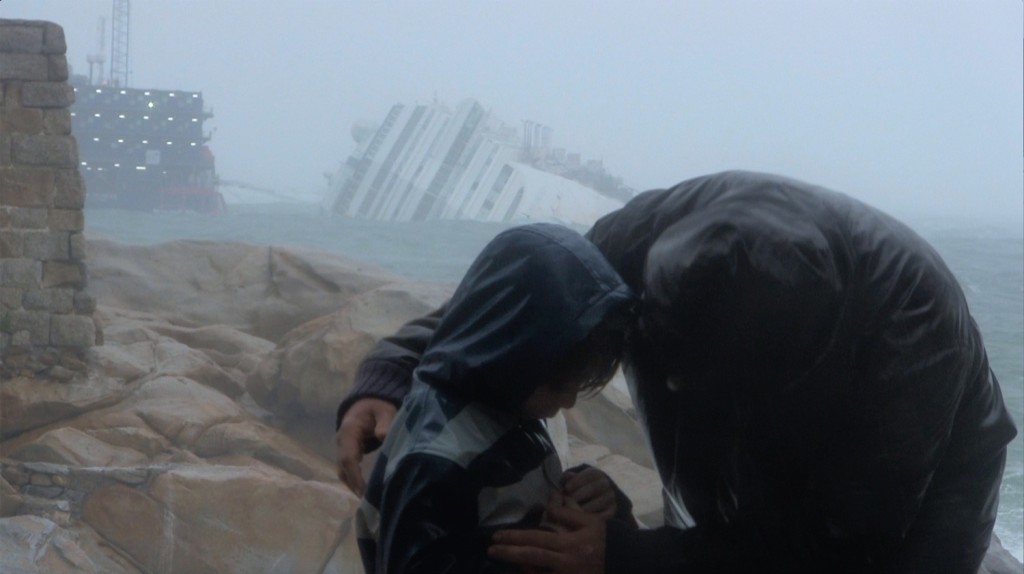 Mauro is a diver who works at great depths under oil rigs. To do so he has to breathe helium and live in a hyperbaric chamber of 8 square meters for most of the year. At a certain point Mauro realizes that he is fed up with life on the rigs and tries to make his childhood dream come true: recover sunken ships. The cumbersome and tragic semi-scuttled silhouette of the Costa Concordia ship stands out against everything.

Director’s bio-filmography
Claudia Cipriani holds a degree in Philosophy and a Diploma at the Milan Civica Scuola di Cinema as a Filmmaker. She is a professional journalist and worked for several newspapers and magazines before turning to directing as a freelancer and for a few tv channels. She shot music videos, social commercials, photo-reporting and documentary films, among which Lasciando la Baia del Re (2011), shortlisted as best documentary film at the David di Donatello awards.