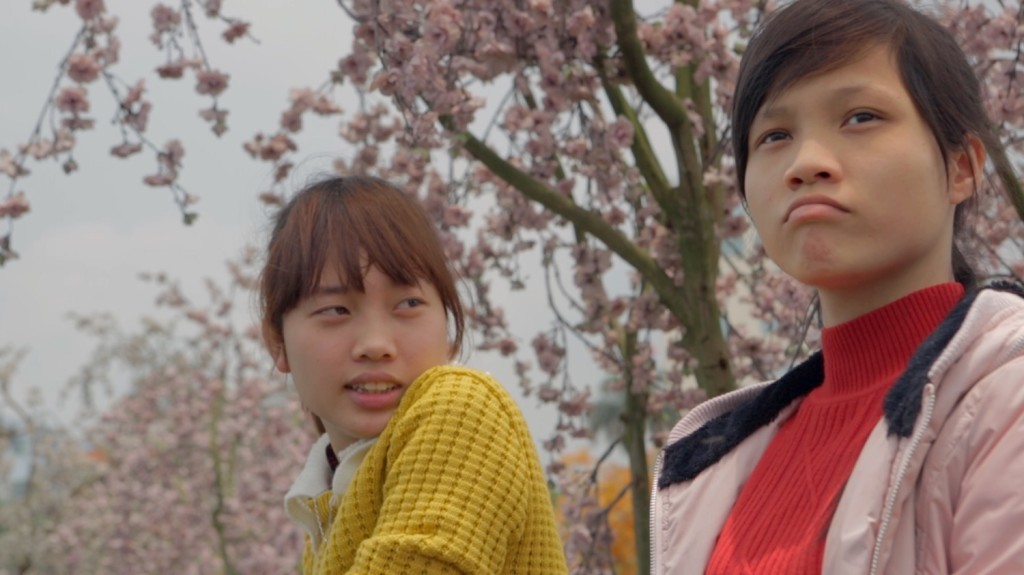 Bay, a young woman who migrated from the highlands of northern Vietnam, lives and works on the outskirts of Hanoi, in one of the largest industrial production sites in the world. The story takes shape through her eyes, her dreams and her fears: these are also described by the drawings of the workers that become animations in the film; the film started in parallel with a research on the rights of workers and their living conditions in the Asian country.

Director’s bio-filmography
Parsifal Reparato (1985) is an anthropologist, a journalist and a director of photography. He has been working for years on the the challenge of the global economy in the socialist and former socialist countries. Among his documentary films: Más allá de la Santería (2011, director), Villa villa Vigna (2012, co-director), Rezeki (2015, co-director) and El camino de Santiago (2018, director for the Italian unit).