Work in progress – meeting of producers and film-makers

This meeting was conceived to facilitate the growth of audiovisual works on the theme of work as they are still being developed. The goal of Work in progress is triggering new synergies between the authors that have been selected by open call, and who have the opportunity to show their projects “in progress”, and the producers who have been invited to offer their opinion and their experience, also presenting their own case studies. 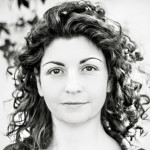 The films she has produced include: ALMOST NOTHING | CERN Experimental City by Anna de Manincor | ZimmerFrei, Un paese di Calabria by Shu Aiello and Catherine Catella, The black sheep by Antonio Martino. 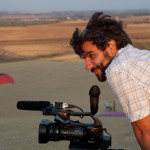 Born in Venice in 1981, he is a director and a producer. He graduated at Centro Sperimentale di Cinematografia in 2012. His first documentary Bring The Sun Home (2013) has been presented with awards in numerous international festivals, including Locarno Festival, Human Rights Film Festival in San Sebastian, Melbourne EFFA, Italian Visions in Bologna.

In 2016 he wrote, directed and produced the documentary Aquagranda in crescendo, which premiered at the Venice Film Festival. He has recently opened the production company Ginko Film in Venice. 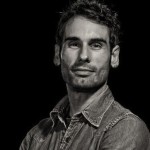 Born in San Benedetto del Tronto in 1982, he holds a degree in Cinema History and Critique at Università La Sapienza. Since 2010 he collaborates with festivals and productions. Since 2014 he works permanently as executive producer at Metropolis Produzioni in Lucca, and since 2015 at Accademia Cinema Toscana.

To date, he is executive producer of five short films and three feature films, among which the latest is Paperman (2019) by Domenico Zazzara.

During the meeting will be presented the short films produced within Working Title Film Festival @ Ferrovieri, a spin-off project of the festival, which was carried out from October 2018 to February 2019 and included various activities (workshops, artistic residencies, the production of films, and a small film festival) about and around the quarter of Ferrovieri (railway workers) in Vicenza and its historical connection to the world of work.

Three film directors under 35 of age, selected by open call, created as many documentary short-films that were produced by Marina Resta and Giulio Todescan. The project was promoted by the LIES organisation, with the support of SIAE and MiBACT through the calls for tenders Sillumina – Copia privata per i giovani, per la cultura (2017), and Fondazione Cariverona (Cultura open call 2018).