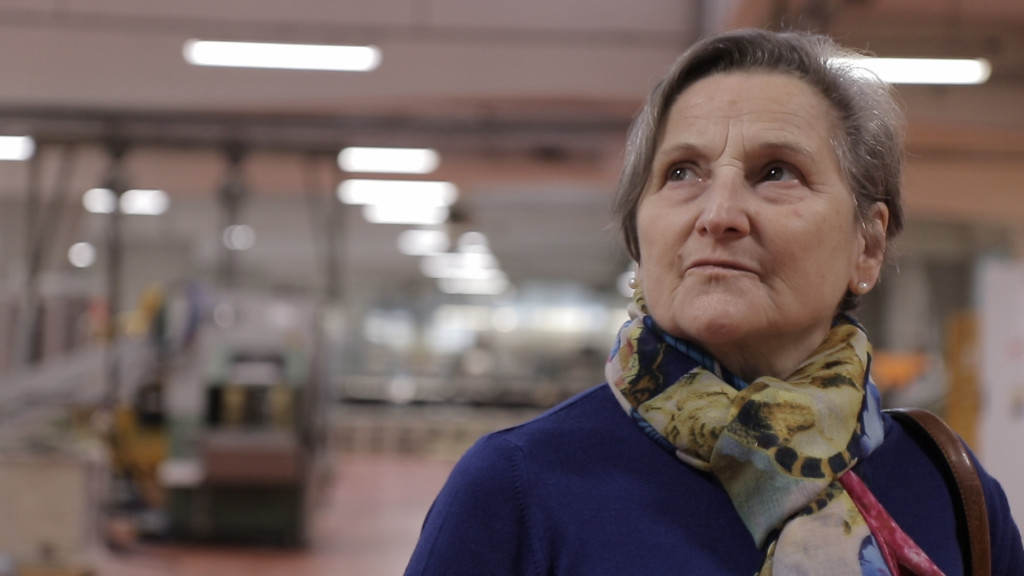 The sun shines on the fields of Monteviale. Edvige X. is walking: her eyes look down, she is a tough one. In her head, the constant noise of the machines of the Olivotto factory. A mechanical arm goes down, another one, loaded with books, carries them away. It has been years since Edvige last entered this factory, and yet the smell of the paper keeps on coming up here.

Director’s bio-filmography
Davide Crudetti, born in 1991 and based in Latina, graduated from DAMS at the University of Bologna and attended the basic course in directing at CSC in Rome. From 2012 to 2014 he worked in Madrid as assistant director at Cine sin Autor and since 2016 he has been working with ZaLab as director and trainer for participatory video projects. He created the documentary film Mingong (2016) and with ZaLab he is producing his second feature length documentary film, Mamma Rita, finalist at Premio Solinas 2017.