The jury presents awards in the categories best feature film and best short-film, choosing from the competing documentary and fiction films on the theme of work. 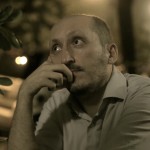 Screenwriter and film director, born in 1977. After his dissertation thesis about Robert Altman and after studying at Scuola Civica di Milano, he shot several films, among which Era la città dei cinema (2010), Habitat [Piavoli] (2013), with the collaboration of Luca Ferri, Çapulcu – Voices from Gezi (2014), and Un altro me (2016), audience award at Festival dei Popoli 2016, and award-winner of Mese del documentario 2017. He is currently writing a documentary film, a tv series, and a fiction film. 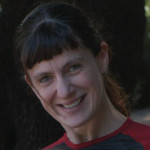 An eclectic film editor, born in 1965, she graduated in film editing studies at Centro Sperimentale di Cinematografia di Roma. She has worked with directors such as Alina Marazzi (Un’ora sola ti vorrei, 2002 and other films), Ivan Cotroneo (Un bacio, 2016 and other films), Francesca Comencini, Anna Negri, Davide Ferrario, Stefano Savona, and with production companies such as Mir Cinematografica, Indigo Film, and Vivofilm. She is a teacher of film editing at Scuola d’arte cinematografica Gian Maria Volonté and at Scuola Civica di Cinema Luchino Visconti in Milan. She is a jury member at Premio Solinas Documentario per il Cinema.

The jury presents the award in the category best experimental film, best video art film or hybrid film on the theme of work in the Extraworks section. 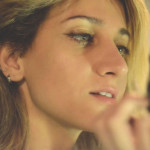 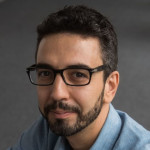 Born in 1982, he works as a film-maker and teaches cinema language. Brasimone (2014), his first medium-length film, was shortlisted also at the Vision du Réel festival and was awarded the Premio Gianni Volpi at the Bellaria Film Festival. Il Monte delle Formiche (2017) was selected at the competition Cineasti del Presente of the Locarno Festival, was best Italian documentary film at Cinemambiente 2018 and received an honourable mention at WTFF3.