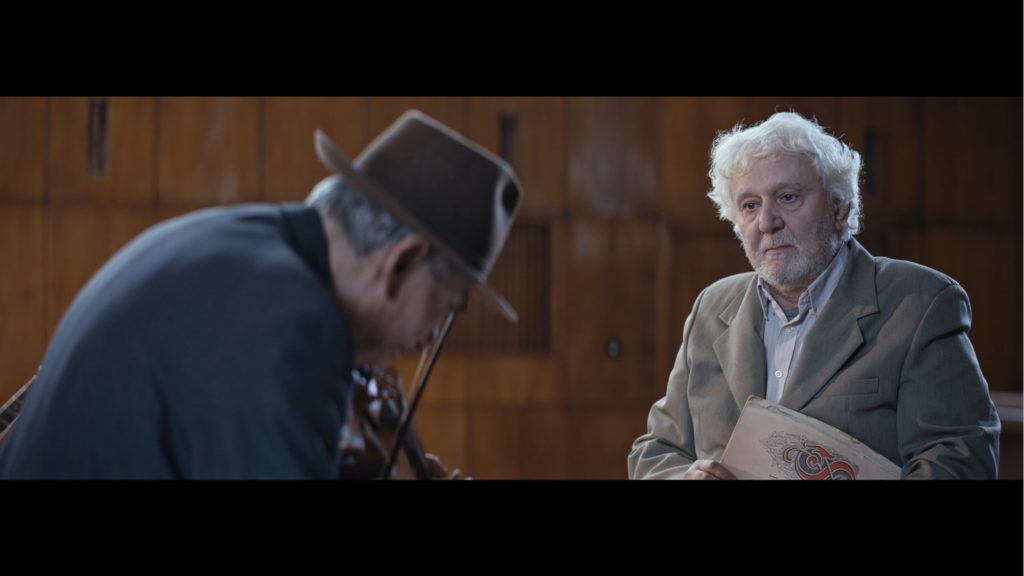 In a remote village in the Romanian countryside, an ageing music teacher sees his dreams of becoming a conductor nearly fulfilled when is appointed for the organisation of a re-enactment of the Centennial celebration with a folkloric Roma band. His passion for music and his desire for an audience will determine him to keep going with the concert, even if it means succumbing to a bitter disappointment.

Director’s bio-filmography
Eugen Dediu (1996) is a film director from Bucharest, Romania, with a background in classical music. He is specialised in both fiction and documentary filmmaking. In 2019 his short film New World Symphony was one of the five winners of the #EUandME contest for young directors, financed by the European Union.