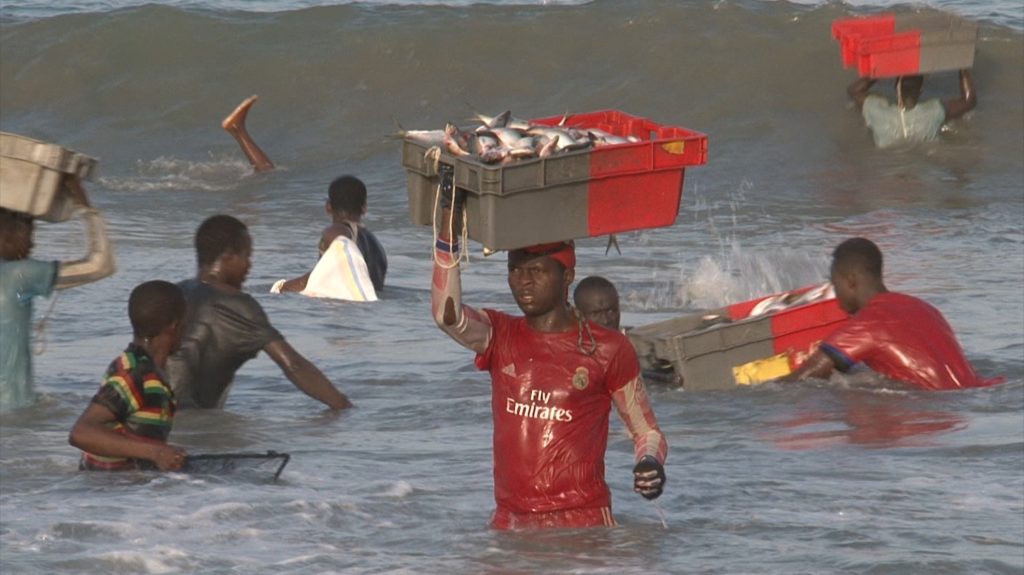 The Casamance Region, in southern Senegal, is one of the last refuge areas in West Africa for a growing number of artisanal fishers, fish processors and migrant workers. With increasing foreign competition these women and men resist by contributing, thanks to their work, to food security in numerous African countries. But for how much longer?

Directors’ bio-filmography
Moussa Diop (1979) is a Senegalese sound engineer and director. He trained at the National Arts Orchestra of Senegal and the Blaise Senghor Cultural Center in Dakar. Thomas Grand (1976) is a French producer and director. He graduated Esra – Ecole Supérieure de Réalisation Audiovisuelle in Paris. Together they founded the Zideoprod audiovisual production structure and co-directed Diogué, a Threatened Fishing Island (2016).