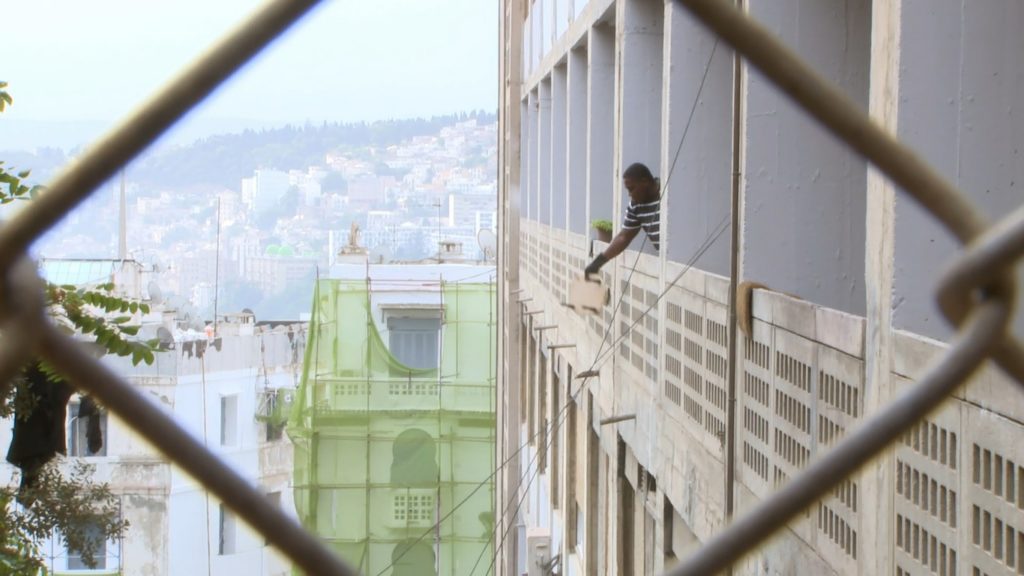 Tahiti, 35 years old, was born in Cameroon. Attached to the mythical history of Algeria, he left his country to live there. Without papers after ten years now, he tries to survive working at the Alger Aéro-habitat modernist building, where he also lives. Disillusioned and disappointed by the way he was received there, Tahiti plans to come back home and be again with his family.

Latifa Said (1976) has been a social worker, a teacher and a photographer. Her first screenplay Jours Intranquilles (2015) won the first prize of the SIRAR Bourse at the International Aubagne Film Festival. In 2017 she directed a second short film, Terrain Vague, which won 20 festival prizes. Latifa Said is currently preparing her first feature film, Plus Longue Sera la Nuit.