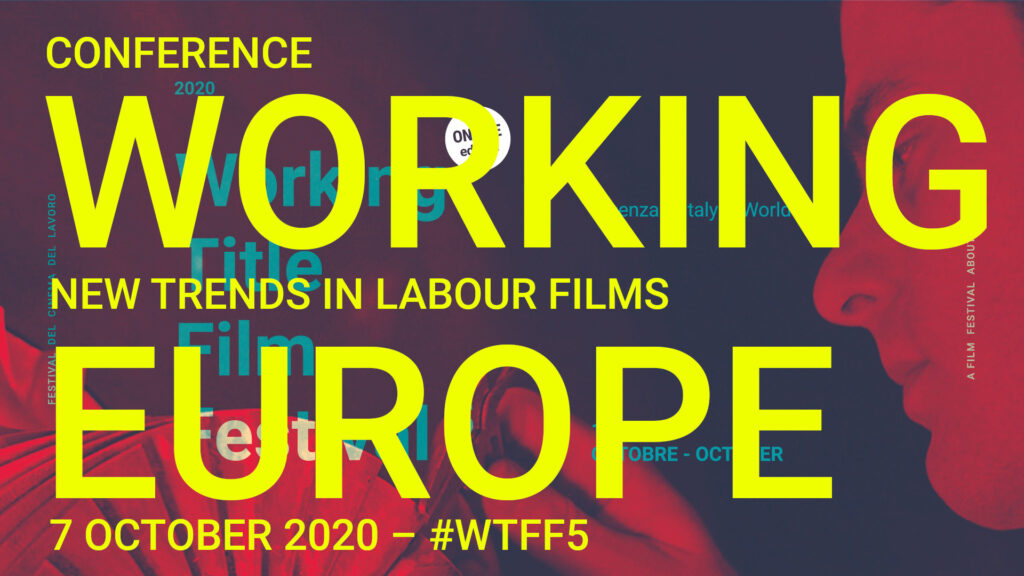 Watch the video of the conference

Several film festivals focused on the theme of Work were established in the last few years in Europe. It reflects the renovated attention of the film industry to this issue and to the new languages that represent it. On Wednesday 7th October 2020, at 6 PM, the organisers of 4 European festivals will be in a conversation on a web conference “Working Europe. New Trends In Labour Films”: Itxaso Diaz – LAN Festival audiovisual obrero (Spain), Talat Bhat – Arbetar Film Festivalen (Sweden), Maïté Peltier – Filmer le travail (France), Marina Resta – Working Title Film Festival (Italy).

Nordic Labor Film Festival was started in 2017 by the film collective RåFILM in Malmö and it’s supported by, among others, the Labor Movement Culture Fund and a number of trade unions.

It’s not a regular film festival, but a platform for a new workers’ movement.

The festival wants to create a meeting place where trade unions and its members can meet other players working for an inclusive society, filmmakers and the public.

The international festival Filmer le travail was established in 2009 in Poitiers.

Each year social science researchers, image professionals and audience from Poitiers and elsewhere come together for ten days punctuated by film screenings and followed by debates, meetings, conferences and round tables, exhibitions, concerts and a study day.

LAN. Festival audiovisual obrero is a film festival that was established in 2017 in Bilbao. LAN means work in basque language.

LAN is a project that tries to add value, through audiovisuals productions based on contemporary artistic practices, to the working class. It focuses its activity on creation, reflection, education and exhibition, through different audiovisual and cultural formats, whose perspective and contents address aspects of the reality of work.

Working Title Film Festival was created in Vicenza in 2016 with a view to present independent audiovisual productions about the world of work, and the several topics related to it, through original points of view and languages.

The festival wishes to provide a contemporary point of view on the latest employment models and conditions, focusing not only on their negative aspects, and on the ones related to precariousness, fragmentation, and a reduction of the workers’ rights, but also on its creative opportunities.