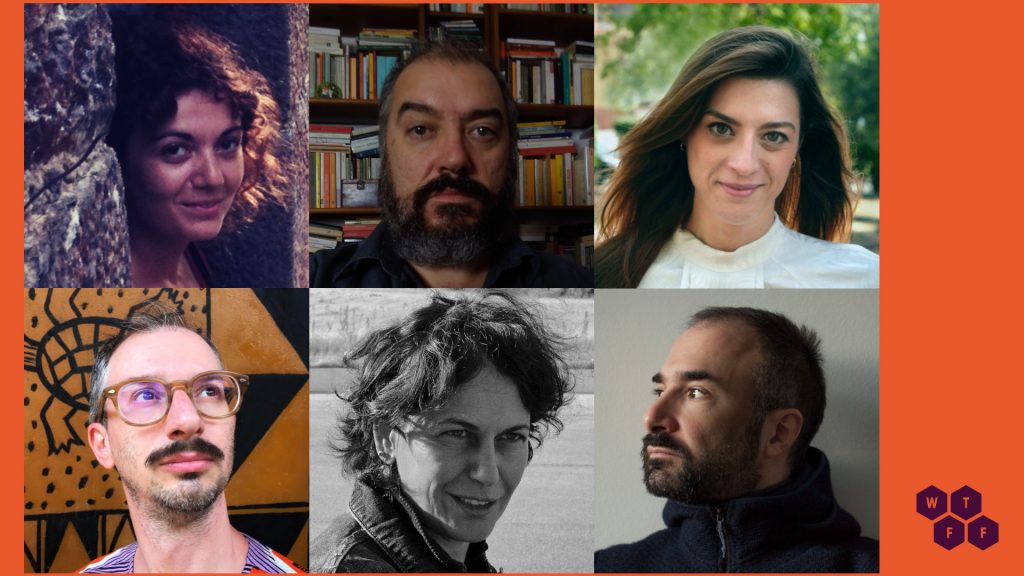 Sara Fgaier is a director, editor, and producer.
She has directed a few short films, including L’umile Italia and Gli anni (Best European Short Film 2018 at the EFA and Nastro d’Argento).
She founded Avventurosa together with Pietro Marcello, with whom she worked for ten years as an editor, producer, and documentary filmmaker (Il passaggio della linea, La bocca del lupo, Il silenzio di Pelešjan, Bella e Perduta).

Filippo Ticozzi (1973) is a filmmaker and teaches cinema studies at the University of Pavia.
His movies have been screened in festivals such as Visions du Réel and Festival dei Popoli, winning several prizes, among which Torino Film Festival and Cinéma Verité Iran.
His filmography includes: Inseguire il vento (2014), Moo Ya (2016), Johnny (2017), The secret sharer (2017), Still-Lifes and Dissipatio (2020).

Maria Iovine is a director, author, and editor who has always been engaged with issues related to the female world.
Her first short-film, In Her Shoes, was award-winner at the Premio Zavattini and finalist at the Nastro d’argento festival.
Coming up in 2022: the documentary film Corpo a corpo, selected by Alice nella città and award-winner of the Visionarie prize, as well as the comic book La città di Cap for Edizioni Becco Giallo – Fandango Libri publishing house.

Lorenzo Casali (1980) hybridizes moving images, photography, and sound.
Since the early 2000s he has participated in prizes, screenings, exhibitions and residencies in Italy and Europe.
He combines artistic research and teaching activity, currently at the Academy of Fine Arts in Rome.
Since 2019 he has been a member of the Museo Wunderkammer art collective.
He is currently working on his first feature film.

Rossella Schillaci, a Manchester graduate in visual anthropology and documentary filmmaking, is the author and director of numerous award-winning films at festivals such as Al Jazeera Film Festival, RAI film festival, Fespaco, Venice Film Festival, and Torino Film Festival.
Among her latest documentaries, Les enfants en prison, co-produced by Arte, won the Etoile de la Scam, while Libere was distributed by Lab 80 in more than 100 cinemas.

The Young Jury of WTFF6 consists of the university cinema studies students Fabrizio Yang and Diana Russo (University of Verona), Davide Maria Furlan and Cristina Priorelli (University of Bologna).
The Young Jury will award a special prize to the best competing film among those which talk about work from the point of view of youngsters, children, and teenagers. 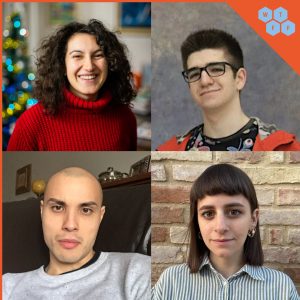