Unione Collector is in Viale S. Agostino 470 in Vicenza: look at the map
Read the chronological schedule
Download the programme in pdf 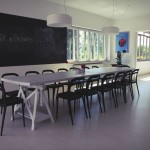 Tuesday, the 26th april at 19.00
Events only on invitation, riserve to the crowdfunders,to hosts, guests and partners.
With the video installation by Walter Ronzani Un racconto industriale e Diacronia #1 and a musical live set by LSKA

The festival opening party will be at Unione Collector, a place inside Unione Typography dedicated to workshops, classes and events for sharing knowledges tied to creativity. The event, only on invitation, is riserved to the crowdfunders and to the hosts. Two artists from Vicenza will enrich the event: Luca Scapellato aka LSKA, who’ll play an electronic music live set and Walter Ronzani, author of two video installations entitled Un racconto industriale/An industrial Tale (a loop on an old kwitwear factory’s production line; and Diacronia #1 (exploring the memory of a little film theatre).
The opening party will be the occasion to give crowdfunders their rewards: t-shirts, shoppers and pins realized by Serimab silk screen printing. The guests will taste Piovene Porto Godi’s wine.

Walter Ronzani realizes his first super8 movies in Lyon where he studies following Erasmus project. In 2008 he works in Venice for a cinema production services. The following year he is in Marseille, where he works with Polygone Étoilé, an experimental film center. Since 2009 he lives and works in Italy where he creates several video and photography project. In 2014 he starts to work in the field of video art.

An industrial story
An industrial story shows the sequential operations of a little knitwear factory’s line production. The old machines repeat continuously the same actions. The linear progress of time is suspended in a repetitive loop in which the mechanical work becomes a metaphorical narration of a disappearing world.

Diachrony #1
Diachrony is an approch of lingustics studies that studies change or development in a language over a period of time. This work explore the memory of a little downtown multiplex cinema that is conceived as a social space in which the stories told in movies cross the mysterious live of the people who spent some ot their hours in this venue. Different points of view share the same space and time on the screen. Images from present and past create a multiple narrative which describes the spirit of this cinema.

Born in Bari, raised in Vicenza, LSKA is a musician, sound mixer, sound designer, video artist.
In 2012 he graduated at “Scuola di Alto Perfezionamento Musicale” (APM) (School for the high musical improvement” in Saluzzo as “Interactive music and digital arts tecnician”.
In addition to the production and publishing of his own electronic music, he writes and composes music for theatre and dance. Among his latest partnerships there are works with the choreographers Camilla Monga, Marco D’Agostin, e Giorgia Nardin.
He goes through the video field, creating and developing interactive tools for artistic installations and performances. In occasion of the 20th Vicenza Jazz he realized a videomapping on the Astra Theatre’s facade.
His style is influenced by Dub and Bristol sound, enriched by an experimental trace, taking him to explore demanding territories, like in the case of EP WALLS – Dub Reinassance (here available to listen to: http://music.lska.org/album/walls-dub-reinassance ), in which he combined fragments of 1500 music to ambient sounds and contemporary rhythms.