A visual symphony which pays homage to the work of farmers, who have an almost “carnal” relationship with the land and have to face the unpredictability of nature.

After graduating in Cinema and Art Vision from the University of Roma 3, Antonio La Camera (1990), attended the course of Directing and Screenplay writing at the Film School Sentieri Selvaggi. He directed several shorts, among which Il sogno del Vecchio. 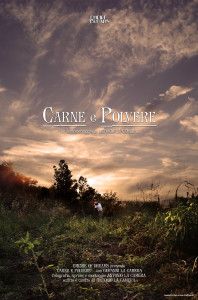