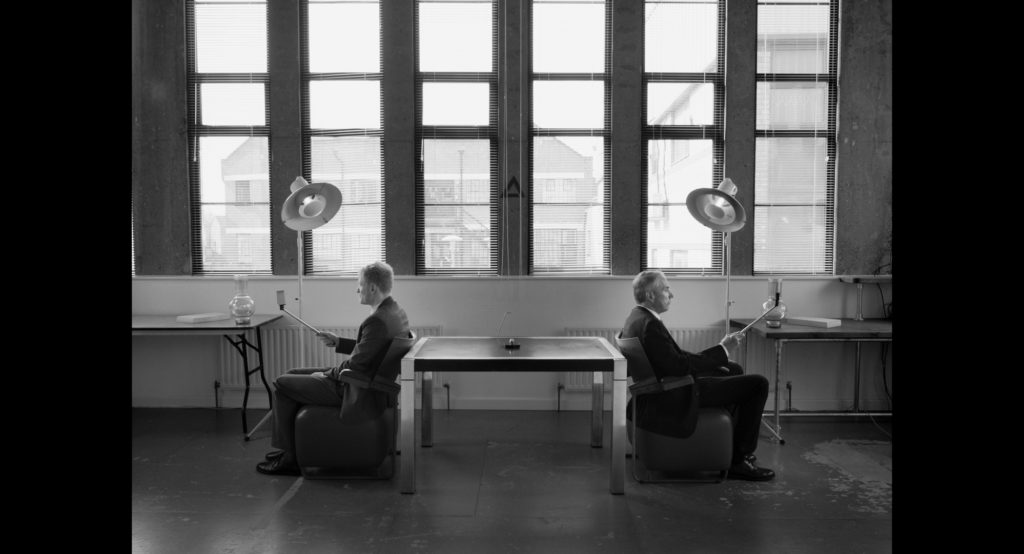 Minus is a young man living in a dystopian corporate world. Like all his colleagues and fellow citizens, he walks backwards and uses a portable rear-view mirror to see behind him. After an unexpected meeting with his boss, he starts having weird visions. Minus needs to control his instincts in order to fit into society and climb the social ladder.

Director’s bio-filmography
Marco Augelli (1993) is a film director and editor, born in Vicenza (Italy) and based in London. He graduated in Digital Film Production from Ravensbourne University London, where Backwards was awarded as best directing and best cinematography in the class. He worked as assistant director in the documentary film Battle of Soho, with Stephen Fry and Lindsay Kemp. He also works as a researcher for Atlantic Production.