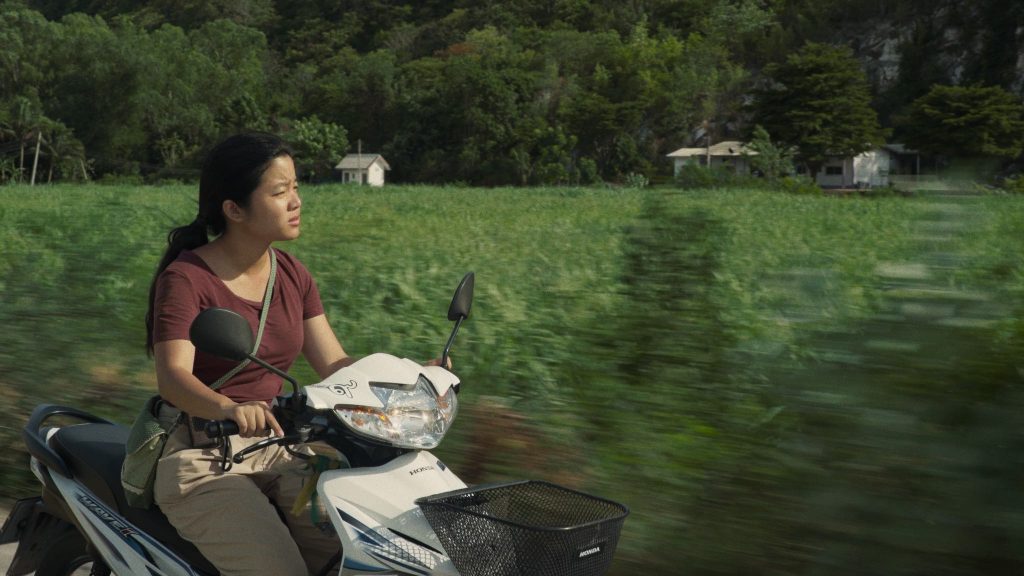 Synopsis According to Thai superstition, a virgin can ward off rain by planting lemongrass upside-down beneath an open sky: a belief still prevalent to this day. As clouds begin to gather, a young production manager on a film set is given the task to carry out this tradition. As her fellow female co-workers shy away from the duty, she is left with no choice but to take on the burden of becoming the lemongrass girl.

Director’s bio-filmography Pom Bunsermvicha (Thailand, 1993) graduated from Brown University in Modern Culture & Media Studies. In Prague she attended the Academy of Performing Arts and directed her first short film 10:10. Her work, driven by her interest in queer and female characters, combines documentary elements with fiction. She is an alumna of Tribeca Film Institute and Berlinale Talents.