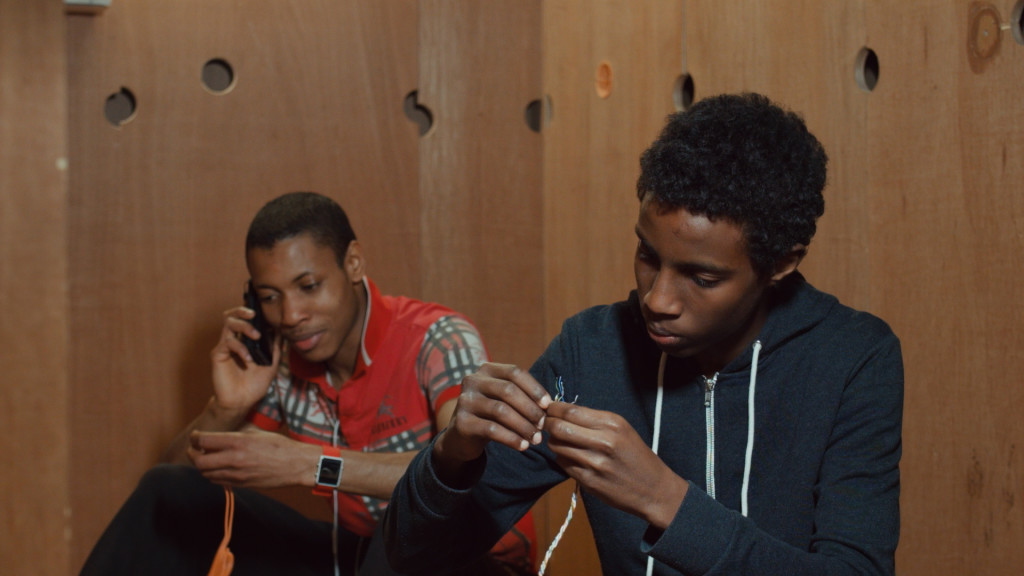 The Institute Anneessens-Funck is a dutch-speaking vocational school in the centre of Brussels where young students, most of which are sons of immigrants, have come to learn a trade as electricians.The film has followed for a year four students dealing with practical assignments and classes at school, football, love, the ongoing search for housing and employment. A sketch of Brussels nowadays, with its youngsters at the very centre.

Olivia Rochette, Gerard-Jan Claes – UNDER 35
Olivia Rochette and Gerard-Jan Claes (1987) graduated in 2010 from the School of Arts – KASK in Ghent with documentary film Because We Are Visual, followed by Rain (2012), about the belgian choreographer Anne Teresa De Keersmaeker. In 2013 they have founded the production and distribution platform “Zéro de conduite” and the online film review “Sabzian”.